Let's Discuss Your Next Project

Thank you for your interest in iP Phone System Inc.. Complete the form below to send us an email, or simply give us a call. We're looking forward to working with you.

Your message has been sent.

Please make sure fields are complete.

The voice over internet protocol is the type of technology in which one makes a call via the broadband internet instead of using the conventional or what is referred to as analog telephone systems. Normally, this particular system converts the sound produced onto a digital voice communication, which is later transferred to the recipient through the broadband internet. At IP Phone System Inc., we specialize in installing customized voice over internet protocol telephone system. The rest of this article elaborates on the top merits of installing the VoIP Phone Systems in NYC at your business.

One of the most significant benefits attributed to the use of voice over internet protocol is the fact that it is affordable and hence saves an organization a lot of money. The setup process, as well as ongoing costs, are normally low when operating this particular system, especially when compared with the traditional phone system. For instance, the fact that the system works when one is off the internet connection means that you will not need a telephone line, which could otherwise increase the calling costs.

Also, accessibility is the merit that makes this system an important requirement in business. The VoIP system is different from conventional telephone systems. For instance, such aspects as location and distance hardly make any difference when it comes to using this type of telephone system. Therefore, it is applicable when one is communicating with the head office or even making a call to another country.

Most business owners prefer this telephone system since it is much flexible, and hence it makes the business operations to run smoothly. When compared with private box exchange, there is a great deal of flexibility when one is making use of this particular system. When using the private box exchange, one is normally limited to the number of lines that can be added to the system. Fortunately, with this modern system, there are no such limits.

The modern telephone models are the most preferred business choice, especially due to better voice quality that makes communication much effective and reliable. With reliable and stable internet connections, you are assured of experiencing a clear voice, which is far much better than the traditional telephone connections. However, whenever the internet is weak, you might experience some variations in terms of voice quality.

The telephone system is as well associated with extra yet inexpensive features that make it a superb investment plan for a business. The system typically comes with a couple of additional features, which include but not limited to call forwarding, voice mail, call waiting, a three-way mode of calling, to name a few. Similarly, you can be in the position to send documents while continuing with a conversation.

The voice internet protocol phone system is as well portable and hence much convenient and comfortable. The reliability and convenience of this telephone system are normally available across the world. The system can as well be accessed via email, which means you can make calls, although you might be traveling.

In conclusion, modern telephone systems are multi-functional, and hence it can be used in a variety of ways. As much as the system is majorly used for making telephone calls, it can as well as used in conducting video conferencing. As such, it enables proper interaction between coworkers, which allows them to discuss important business issues. 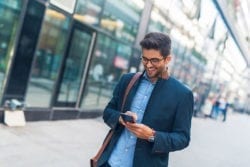 The Benefits Of Mobile VoIP Apps 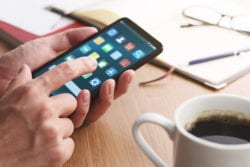 Why You Need A Mobile VoIP App 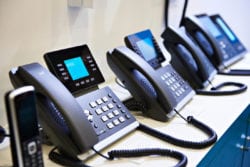